Second-hand electric vehicles come with a lot of perks for both you and the environment. There are several advantages to buying a pre-owned EV. Read on to learn about the 5 reasons you should consider buying a used electric vehicle. 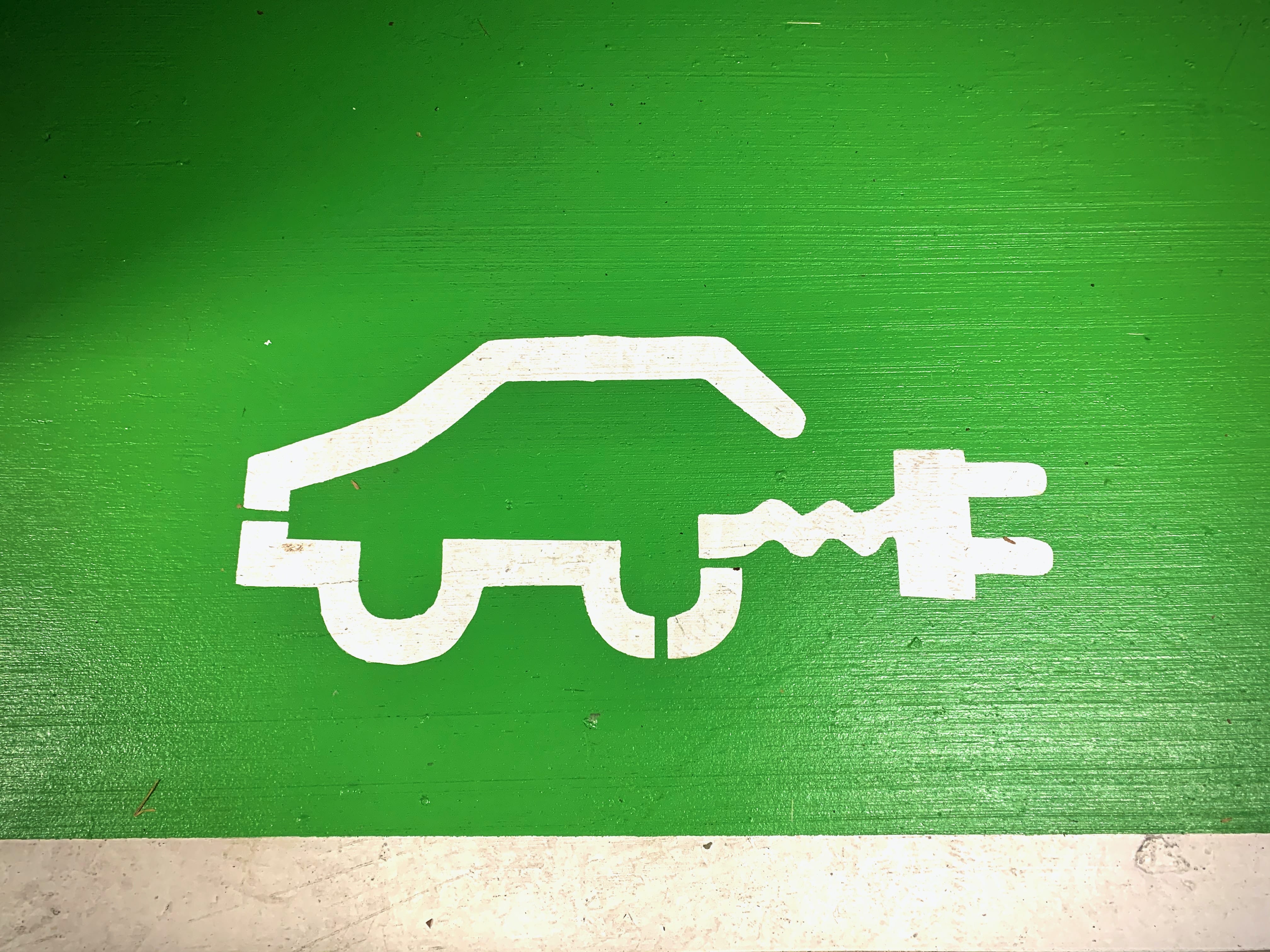 Second-hand electric vehicles come with a lot of perks for both you and the environment. But buying one might seem daunting, especially if you’ve never owned an electric car before. You might be worried about battery life or diminished resale value when looking at second-hand vehicles, but as it turns out, there are several advantages to buying a pre-owned EV. Read on to learn about the 5 reasons you should consider buying a used electric vehicle.

1. Second-Hand Electric Vehicles Are Good for the Environment

This is among the most obvious benefits of buying a used EV, but it’s still worth mentioning. Unlike gas vehicles, EVs don’t produce any of the tailpipe pollutants that contribute to climate change. You’ll also get bonus points for being environmentally friendly if your local powerplant that produces the electricity that you charge your electric vehicle with uses renewable energy like wind or hydroelectricity. But even if your powerplant is fueled by coal, you’ll still be doing way less environmental damage by driving an electric vehicle powered by coal than you would with any gas-powered car.

When you buy a used electric vehicle, you’re doing even more for the environment. By not purchasing a brand-new EV, you’re not putting forth the demand for a new EV to be built. This is important because new EVs do have a large carbon footprint when they’re built, and the materials used in the batteries require mining that can be environmentally damaging.

But EVs make up for their higher emissions in manufacturing within the first year and a half of driving them, and they continue to outperform gas-powered cars for the entire lifespan of the car. This means that if you’re buying your used EV just a year and a half after it was made, it will already have been driven enough that it’s paid for itself, environmentally speaking. By buying a second-hand electric vehicle, you’re only doing more good for the environment.

One of the biggest cons for someone looking to buy a new electric vehicle is the fact that new EVs lose a ton of their value as soon as they drive off the lot. That’s a perk for you as a used EV shopper. Although your choices will be more limited than if you were shopping for a new electric vehicle, you can expect to save anywhere between 43% to 72% of the original price of the used EV, depending on the make and model.

Many three-year-old electric vehicles can be found for less than $30,000 and with fewer miles on the odometer. That can be way less than what a gas-powered car would cost three years after it was sold to its first owner. Be aware that if this is your first electric vehicle, you might have to pay for an electrician to install a specific type of outlet in your home to charge your car efficiently, but the cost of this is negligible compared to your overall savings.

The lack of a combustion engine in an electric vehicle means it will provide you with less vibration and a quieter ride. If you bought a gas-powered car in the $10,000 range, it would most likely be an older 4-8 cylinder engine car with motor mounts that are less absorbent than when the vehicles was new. These cars tend to be more loud and uncomfortable to drive overtime because of some of these issues.

You’re less likely to feel the same age-related issues in your EV. As a bonus, EV batteries are heavy and will help make your used electric vehicle feel more grounded on the road, adding to your smooth driving experience.

Some states have laws that allow drivers in electric vehicles to use the carpool lane even when there’s only one person in the car. If you live in a state like this, you’ll be able to reap carpool benefits every time you go for a drive, which can end up saving you a ton of time from not having to sit in traffic over time. Lane access stickers for carpool lanes can usually transfer over to the next owner, which means no added effort is needed for you to benefit.

The more moving parts in a machine, the more that can go wrong. That’s why EVs are nice if you don’t want to worry about a ton of maintenance in the future. Electric vehicles have fewer moving parts because you’re taking the internal combustion engine completely out of the equation. With a second-hand electric vehicle, you’ll never have to worry about an oil change again. Most gas-powered cars need a major service once they turn three years old, which can be costly. But the average three-year-old EV only needs a cabin filter replacement, brake fluid, and a tire rotation for its 3-year maintenance.

Usually, used electric vehicles have fewer miles on them than their gas-powered counterparts, which means they’ll have less wear on their tires, breaks, and suspension. This means you’ll be able to go longer before having to replace certain parts or pay for expensive maintenance.

When you buy a second-hand electric vehicle, you’re getting a lot of perks with it. The car has already made up for its initial large carbon footprint and even on a coal-powered grid, you’re helping the environment by driving an EV. On top of that, you’re saving yourself a ton of money by purchasing your EV used because the car has already been hit with its large depreciation, and you’ll be saving money on maintenance over time. You’re also setting yourself up for a smoother ride and potentially some perks on the road if your state grants electric vehicles with carpool lane access. If you’re in the market for a new car and you’re interested in buying an EV, you should check out second-hand vehicles near you. 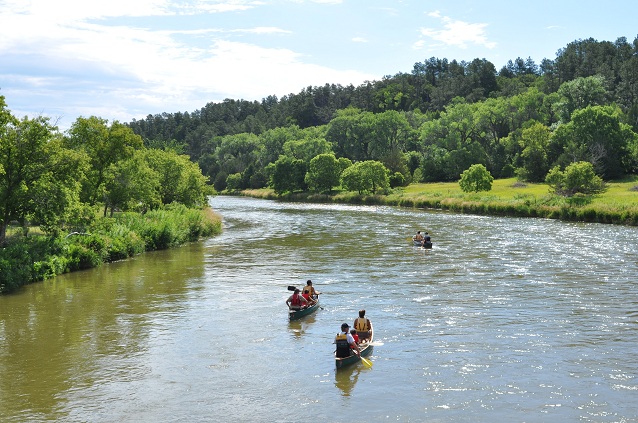 8 Outdoor Destinations for a Weekend Getaway from Omaha

Enjoy nature and get outside more this summer at one of these beautiful locations, all only a short road trip away from Omaha!
Read Post > 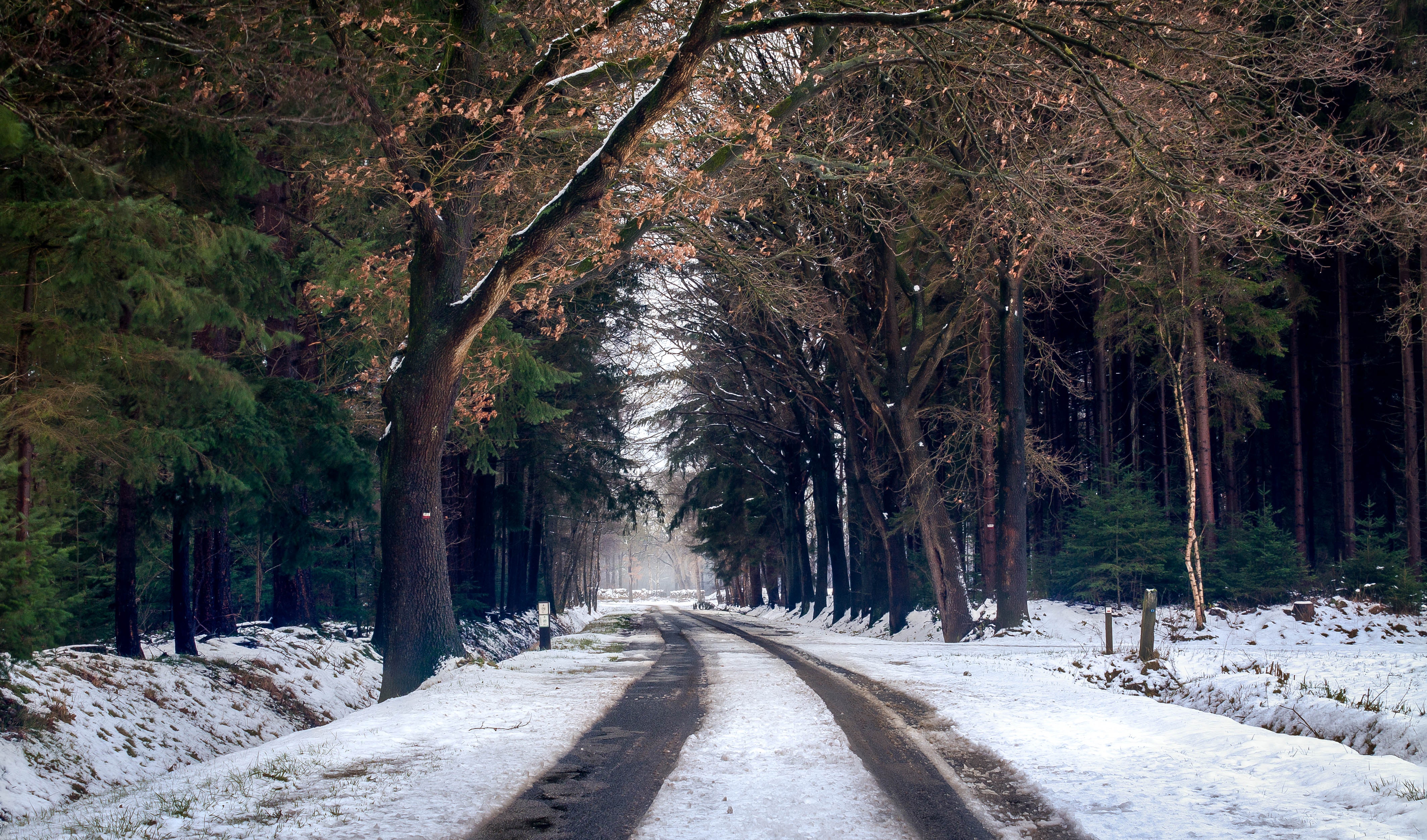 Road conditions can change from one day to the next, your driving habits may need to be tweaked for optimal safety. Here are some helpful tips, presented by Gateway Auto.
Read Post > 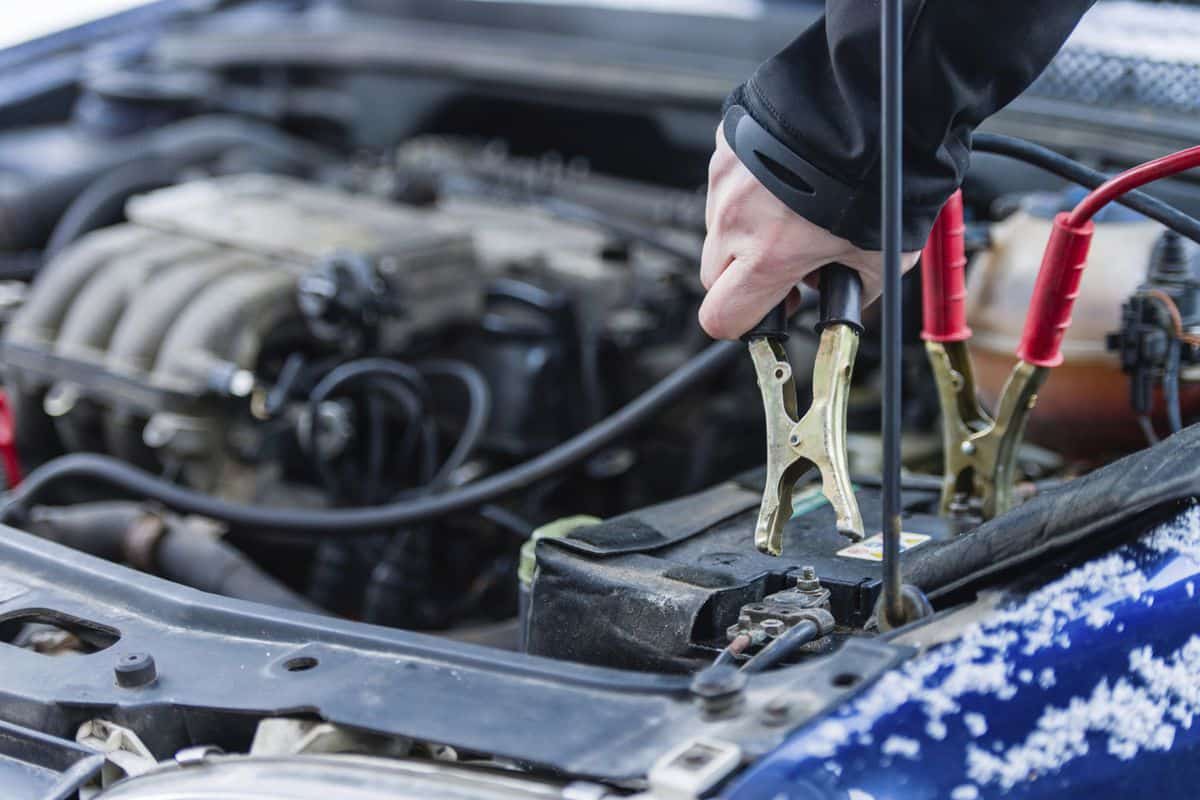 Detailed instructions with pictures for how to jump a dead car battery.
Read Post > 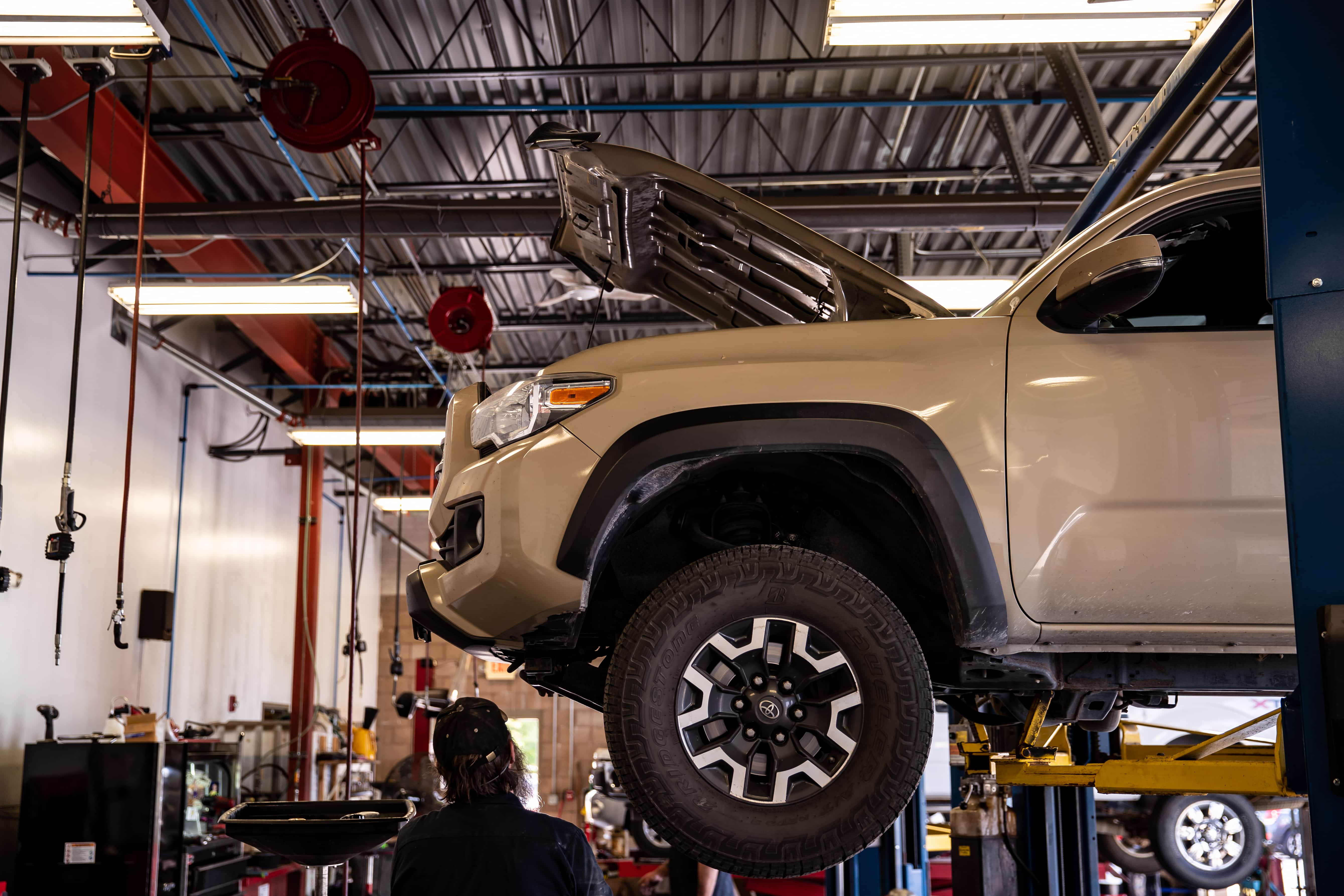 Everything You Need To Know About Car Maintenance During The Pandemic

During a pandemic, we may find ourselves driving less, either mandated by the state or just self-imposed. During this time, we may tend to focus more on our well-being and staying safe that we end up overlooking other things, such as our vehicles.
Read Post > 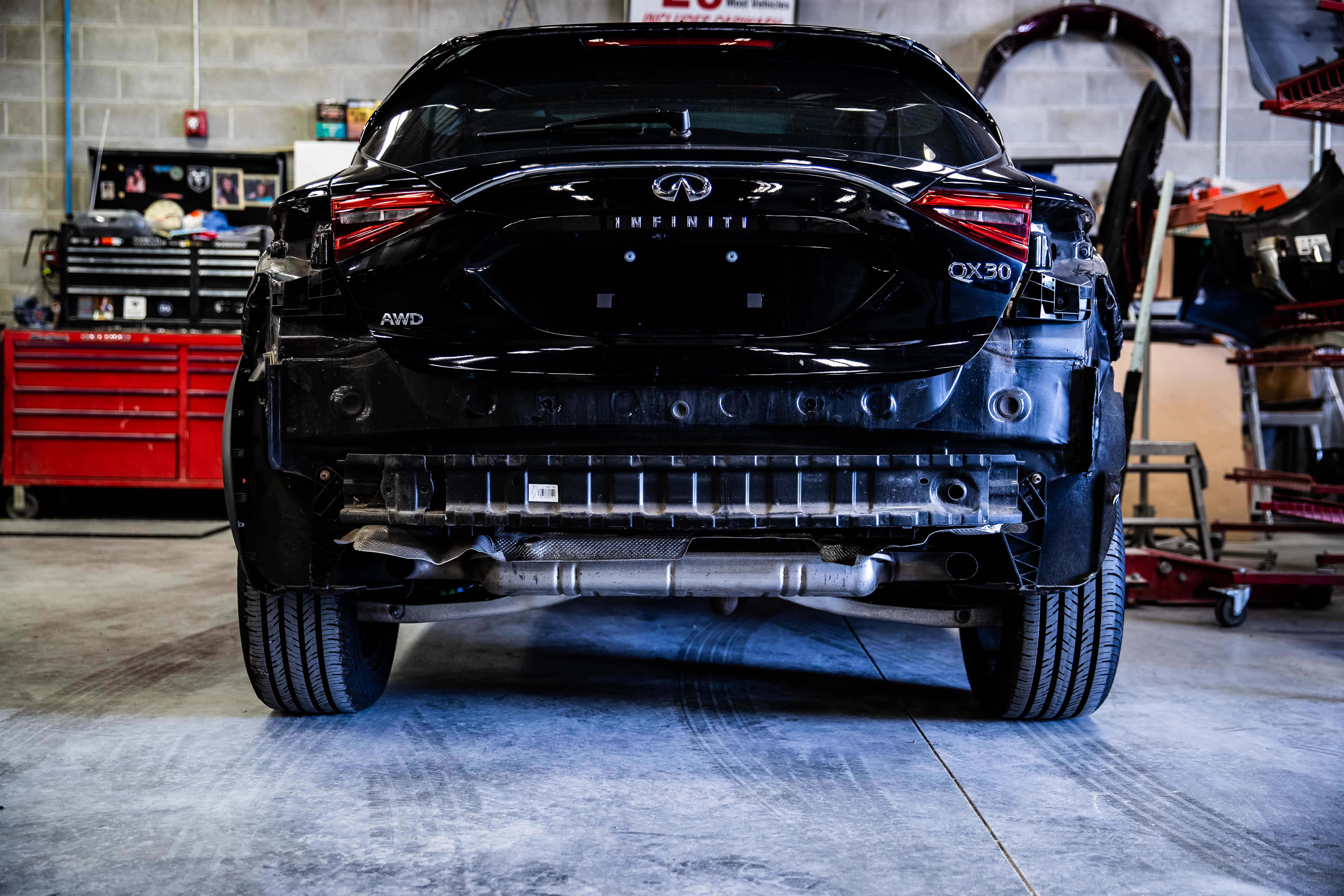 Enhance Your Car's Value After An Accident