Everything You Need To Know About Car Frame Damage

‏Never let issues like frame damage go unattended. They may result in further issues, wear-and-tear, or worse. If you think any of this sounded all too familiar, don't waste time; have a licensed technician assess your vehicle today. 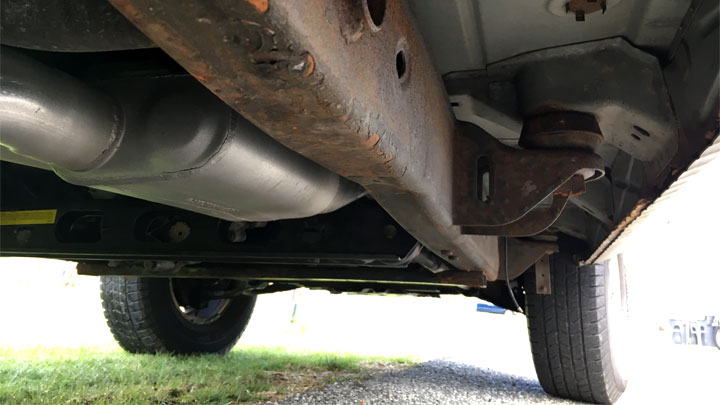 ‏Arguably the most vital component of any vehicle is the chassis; more commonly referred to as the "frame". It is the skeletal structure of a vehicle, and the base from which all other components are fixed in place. Damage to the chassis is often detrimental to the overall condition of a vehicle and will hinder performance while causing collateral wear and tear over time.

‏Chassis damages are almost always the result of an accident and can be corrected by a licensed technician, like those at Gateway Auto's Collision Center, if this is the case. However, there is one type of frame damage that would require more than your regular body shop to fix, which is usually outweighed by the cost and effort. More on that in a moment. ‏

Three basic types of damages may occur as a result of an accident, or from hard driving over time:

‏You're more likely to collide with a car or object using the corners of the vehicle (because nine times out of ten you'll be trying to turn the wheel before impact). This causes a frame misalignment or "sway" damage. The physical implications of sway damage are more easily felt while driving than other types of damage. ‏

‏You may notice that the vehicle pulls in one direction or that the cabin doesn't seem to face forward when moving. As if the vehicle were offset on its axis. These symptoms may be accompanied by vibrations or rubbing sounds, and are always a blight on other components such as suspension, brakes, tires, and even your transmission. ‏

‏If addressed promptly, a collision center can use a special frame pulling machine that is designed for straightening a chassis which will mitigate further damages, correct driving, and make your car safe again.

‏Modern vehicle chassis is built from aluminum to ensure a low, balanced weight that's easily distributed. This also makes the vehicle safer to ride in; an impact will fold the frame rather than transfer kinetic energy to its passengers as a steel frame would. ‏

‏All of this compiled is the reason for mash damage. If you experience an accident from the front or rear, you'll likely have mash damage. This can be repaired, but it's not a cost-effective fix. The portion of the chassis that is smashed may need to be cut and replaced, so it cannot be pulled from a frame machine. For example, a radiator support bracket.

‏These types of damages are harder to detect simply by driving the vehicle; usually requiring thorough professional inspection of the chassis to diagnose the issue. The exception is when you can easily notice visible gaps between the body components. ‏

‏Sagging occurs most often in uneven frame builds over a long period of time. Twisting, however, can occur from time alone or accidents. Twisting is the most difficult of all frame damage to diagnose.

‏These damages are not caused by accidents, nor are they hard to detect. Yet, they are often the most expensive frame repairs, depending on the extent. Most commonly referred to as "frame rot," "rusted undercarriage," "car cancer," etc. There are countless names for this type of frame damage, but it's all the same thing; an excessively oxidated chassis.

‏Synonymous with Midwestern states due to the long harsh winters, especially with the brine salt that is used, like in Omaha Nebraska. City vehicles dispense rock salt and brine on their roadways to mitigate the traction loss drivers would otherwise experience.

‏This results in a hastened oxidation process on the underside of vehicles. The only way to combat this occurrence is to have a vehicle "under sprayed" by a professional. Underspray can be mixtures of many types of oil but is commonly is used as an affordable way to avoid rust. Gateway Auto's Collision Center can spray undercoating on your car.

‏The alternative is to have your vehicle washed from the bottom side every day you drive in the snow; which is unrealistic for most people.

‏Assessment Of A Rusty Chassis

‏A rotted frame is simple to diagnose, as it only requires a person to take a good look underneath the vehicle. Be sure to check the front, back, both frame rails (or sides if it's a unibody), and the wheel-wells. ‏

‏Careful not to mistake surface rust for frame rot. You can differentiate between the two by one important factor; how much rust flakes off when you scratch and grab at the affected area?

‏By taking a screwdriver or something similar and stabbing at the affected area, you should see minimal rust falling from the area. If the screwdriver penetrates the frame, or chips away excessive amounts of oxidation, it's likely problematic.

‏Usually, the rust occurs wherever snow, salt, and moisture collect. Which happens to be in wheel-wells, and surrounding the suspension components. ‏

‏If the damages become unstable around these areas, the vehicle becomes unsafe to drive. Assuming one of these rusted frame areas were to buckle under pressure, it may result in a tire folding under the vehicle, or worse. ‏

‏Some vehicles have been reported to have rusted ‏in half,‏ ‏literally splitting in the center of the vehicle, albeit rare. Sagging accompanies such damage prior to the extremity of its implications. ‏

‏Depending on the extent of the rust, it may be beneficial to have the rotted part of the frame replaced. This is done similar to mash damage repair; the affected area is removed and replaced by suitable grade steel which is welded in place. Gateway Auto's Collision Center in Omaha, Nebraska can give you a free estimate on rust repair.

‏Damages that extend the length of the vehicle or compromise a large percentage of the overall chassis are more often not cost-effective to repair. Unless the vehicle holds sentimental value or you are repairing it as a personal goal, it may be better to cut losses.

‏Never let issues like frame damage go unattended. They may result in further issues, wear-and-tear, or worse. If you thought any of the above sounded all too familiar, don't waste time; have a licensed technician assess your vehicle today for a proper diagnosis. ‏ 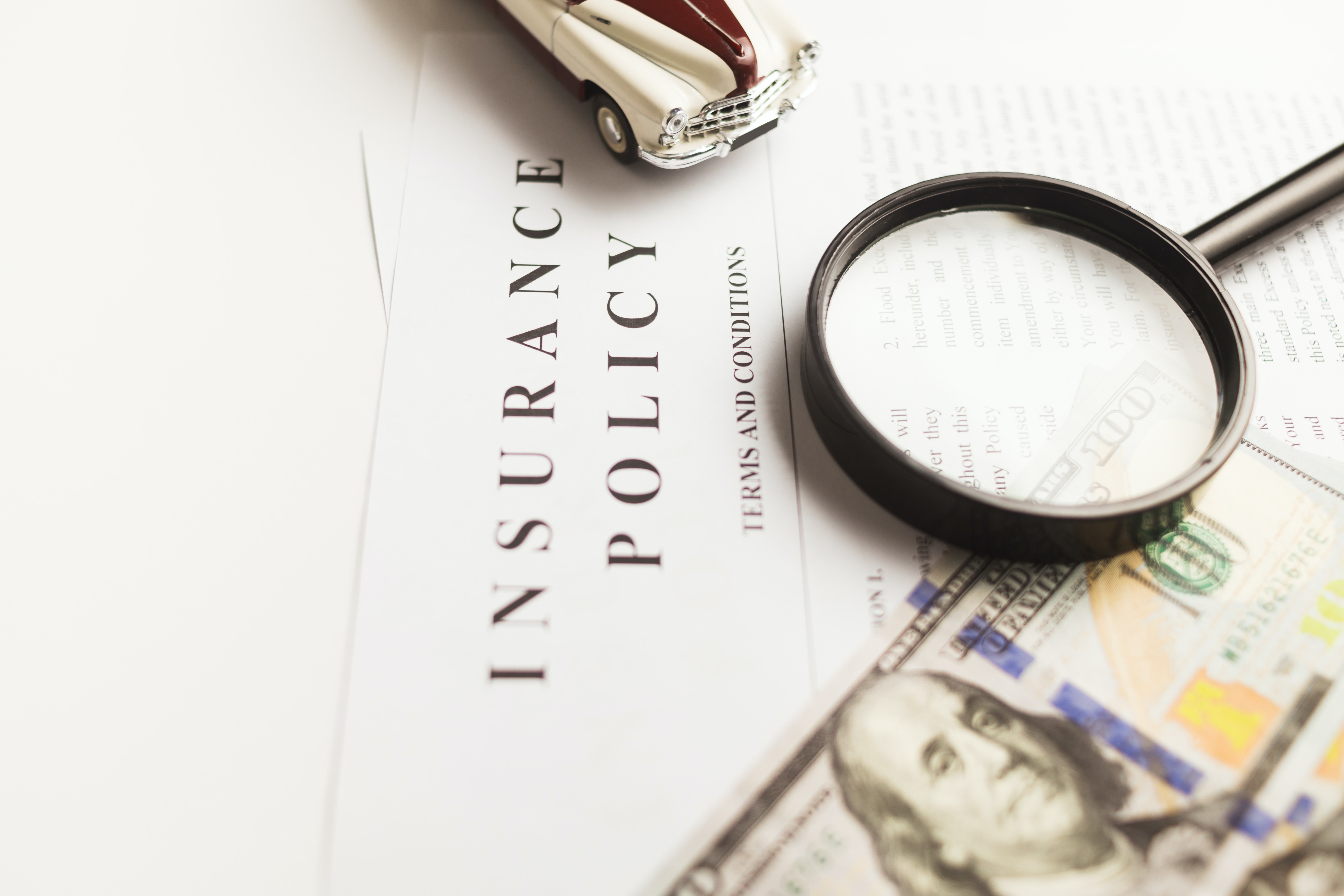 What to Look for When Buying Car Insurance?

Car insurance can be costly, but it’s necessary for your peace of mind. From financial to legal obligations, the right insurance can be your savior. Nonetheless, they’re not all the same.
Read Post > 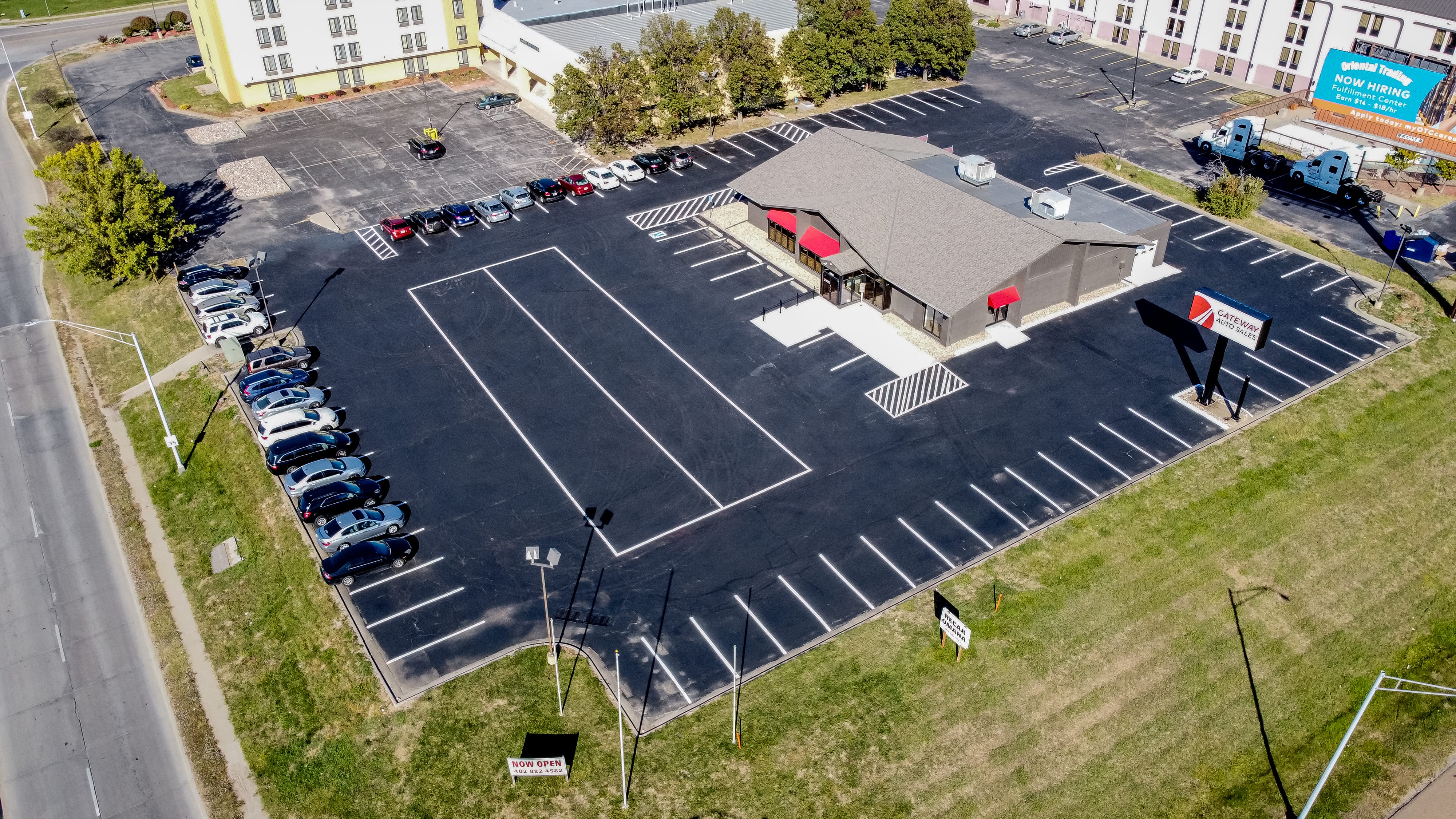 Gateway Auto is excited to announce that we are launching our very first Car Sales Center and have moved all of our car sales operations from Harrison and Center to 108th & L.
Read Post > 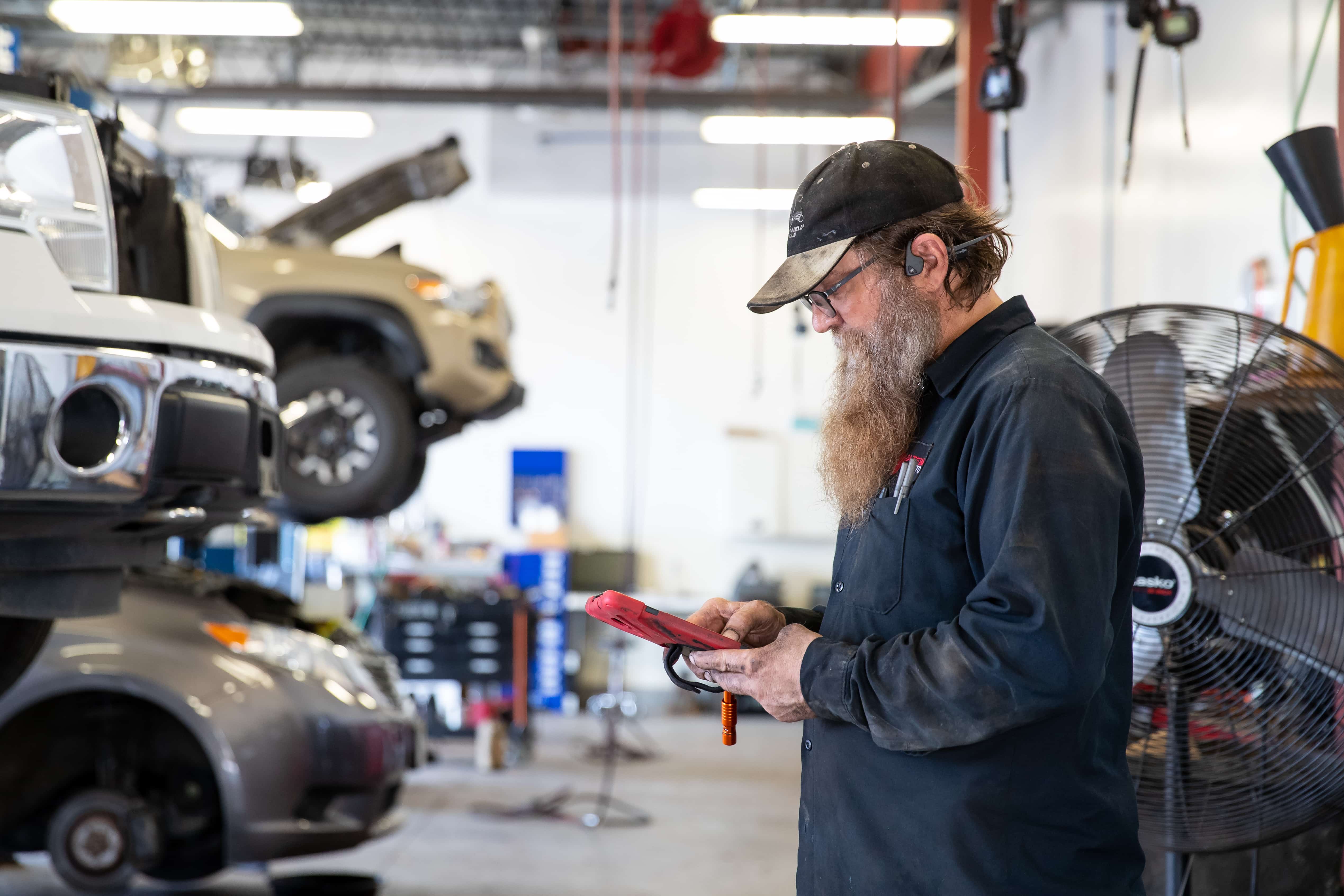 Make sure your vehicle is safe and ready for extended driving time with this comprehensive pre-road trip checklist developed by professional mechanics.
Read Post > 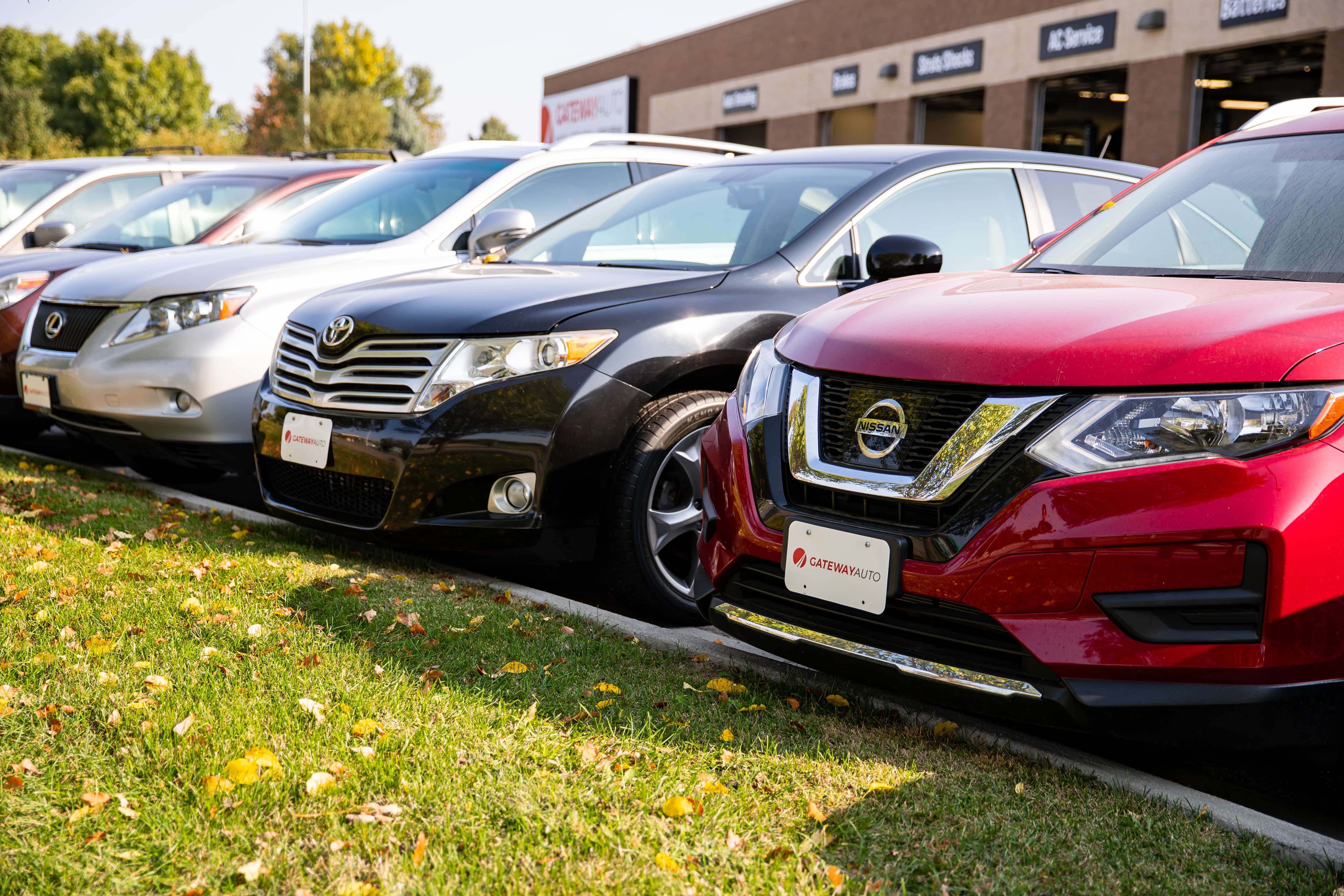 Car Buying 101: Is It A Good Time To Buy A Car During The Pandemic?

Car buyers are in a tough spot right now because of the COVID-19 pandemic. This article will explore both sides of the question - is it a good time to buy a car during the pandemic?
Read Post > 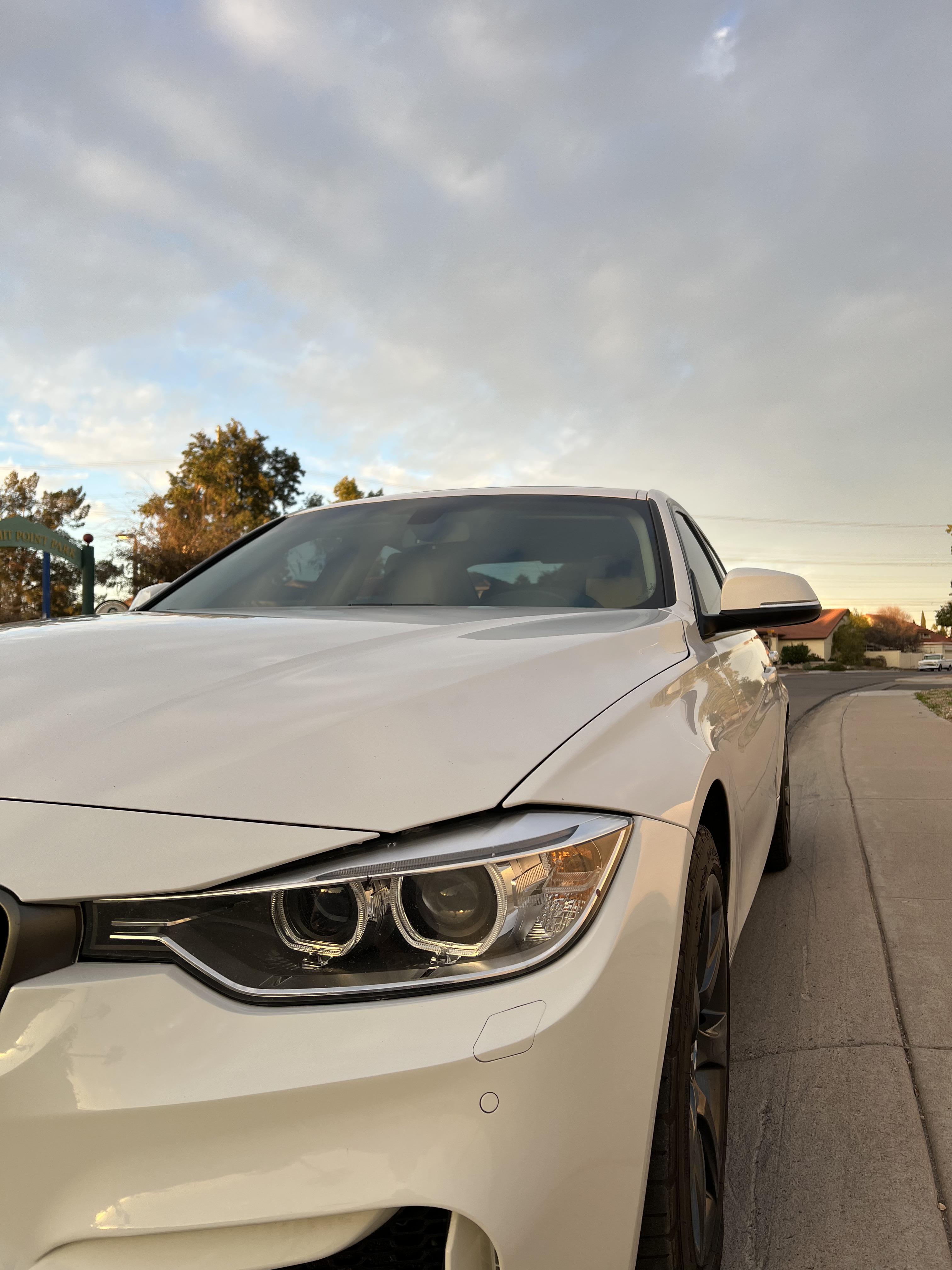 When it comes to upgrading your car's appearance, many people think that it's an expensive endeavour. The good news is that there are many affordable ways to give your car a fresh new look with body kits and accessories.
Read Post >
Next